A downloadable game for Windows and Linux

Journey Home is an old-school point and click adventure game with a modern twist. The game features multiple endings, death sequences, secrets, optional puzzle strands and much more. It will take most players around 1 hour to complete.

A sharp clap of thunder jolts you awake.
You find yourself cold and alone in a dark forest clearing.
You have no memory of who you are or what you're doing here.
You just know that you need to make it to the distant light that you recognise as home.

But the forest is not going to make it easy...

And you might just find that there's more to this strange pilgrimage than meets the eye...

There will be many obstacles between you and the sanctuary that you must overcome. To make it to safety, you must explore the environment carefully and interact with it thoughtfully.

The game features a retro point-and-click interface. Right click to change the desired action, left click to perform that action.

Some items can be picked up and kept in your inventory. These can then be used on objects or creatures in the environment, or on other objects in your inventory to create additional items. The inventory is accessed by clicking the backpack icon or by pressing the Tab key.

Detailed gameplay instructions can be accessed from the main menu of the game.

- All the game files will need to be decompressed before you can play. Right click the downloaded folder and select 'Extract All' in Windows. You will need to extract the files using the Terminal on Linux.

- The game tends to run the smoothest when the downloaded, decompressed folder is placed on the Desktop in Windows.

- Please ensure that you run the winsetup.exe file before running JourneyHome.exe. Be aware, this can take a couple of minutes before appearing on-screen once clicked.

- You can alter the game settings here if you run into a problem. Most computers should run the game just fine on the default settings, but play around with these options if the game fails to run properly.

- Some users have found that their antivirus software can interfere with the smooth running of the game, especially the audio. This has been seen in particular with AVG and Avast.  If your run into problems, please either add the executable file to the safe list, or temporarily disable your antivirus software when running the game. (Please note, Neat Fire Games take no responsibility for any viruses etc. that might infect your system during this time!)

- Please run the JourneyHome.exe file from within the folder you have downloaded, alongside the other files found here. The game will need to access these files in order to run properly, so don't drag it out in isolation before running it as you will run into issues (especially the sound not playing properly).

If you run into any technical issues with the game, especially bugs and odd behaviour, please report this to us at www.facebook.com/neatfiregames so we can attempt to rectify any faults for future players.

Thanks for downloading, and we hope you enjoy the game!

Fantastic game! Loved the art style and I got all the puzzles, no deaths, although I believe can see where these may have come from. Keep up the great work.

Thanks Griffstar, I really appreciate your feedback. Glad you enjoyed the game!

Reply
Neco The Sergal4 years ago

Okay so I allowed your persuasion to let me play the game as originally intended, hope you enjoy my take in it as I continue on in the game ;o Also, let me know at least how many deaths there are, or if I missed any. I like getting all deaths.

Hi Neco The Sergal, thanks for giving my game some coverage on your channel! I've been watching and really enjoying seeing what you have been making of the game. As you have found, the instances in which you can die are relatively few. I didn't want to discourage the player from feeling free to explore by punishing them too often for trying things out, but from watching you play I can see there are a few areas where a few more death states might have been necessary. It's my first ever game though, and I made it virtually by myself, so I had to pick my battles carefully in every aspect, especially the animation. Thanks for playing and I hope you enjoy the rest of the game! (Just a quick hint; if you complete the game with no deaths and discover all 3 secrets, then you get the most interesting ending.)

Reply
Neco The Sergal4 years ago

Assuming the 'secrets' are the philosophical 'cutscenes' ?

That's right, there are three of them.

I liked your game a lot! The atmosphere was creepy and the puzzles were challenging! I defenitely feel like I would need to play this multiple times in order to get the other endings and make sense of the story. I made a video of my playthrough. (I only got one ending, took a little longer for me to beat.)

Some areas of improvement. The game's framerate could be improved. It sticks at around 30-40 which kinda bothers me, but at the same time, this is a slow paced point and click adventure, so it's waaaay more forgivable. Also, screen resolutions would be really nice as well as windowed mode. The brightness adjustment doesn't really make a whole lot of sense in the way that it works to me. It seems to just be adding light to the game, but doing that makes some of the details in the assets just fade out. It's a bit hard to describe, but take for when you're at the house. On the default setting the brightness shows the details of the house and windows, but the higher the brightness, those details are gone and are replaced by a bright light. I don't know if this was intended or not but I feel like it could use some improvement. Lastly, clicking on some objects in the menu can be kind of a pain, sometimes it doesn't detect that I clicked on it or other times I have to constantly click the pointer to go back to investigating an item. I feel like this could be streamlined a little better.

Overall though, this is a great game! It was very enjoyable. I hope you can make some improvements and keep up the fantastic work!

Thanks so much for recording your playthrough, I watched it last night and thoroughly enjoyed it. It's really awesome to watch people playing something you've worked so hard on for such a long time. And thank you for all your feedback, it's much appreciated!

This is the very first game I've made, so for this project I used Adventure Game Studio, a brilliant free, easy to use engine made by Chris Jones and his team.

Unfortunately you're right in your assessment of the frame rate,  it tops out at about 42 and occasionally dips lower. However, one of the guys on the forums has found that setting the games  gfx driver to DirectDraw improved the frame rate when he ran into problems, so this is definitely  worth a shot.  This can be done by running the winsetup.exe file which is included with the download. If you go the advanced settings, you can also run the game in windowed mode (as you wanted to).

I also found that the menus can be a little unresponsive sometimes, but unfortunately at this early stage in my game making career improving these finer technical aspects is beyond me. I will submit all feedback to the AGS team though so that they can work on improving the engine whilst I consider what game to make next :-).

I'm really glad you liked the story and the game overall, and was really pleased that you got invested in it! If you recieve a 5 star rating (no deaths, find all three secrets, complete the optional puzzle strand as you did) then you will see a very short cutscene which hints at the true meaning of the world. I didn't want to give too much away, because ultimately I've always found games that don't spell things out too explicitly and leave aspects of the story open to interpretation much more compelling (such as Limbo, one of the key influences for my game). What you can conjure up in your mind is more compelling than anything I can show you on screen. There are also numerous hints in the world that point towards a deeper meaning. I would love to know what you think of it once you've played it through at a 5 star rating.

If you want a hint as to the  secrets in the game, they can be found on the neat fire games facebook page as of this evening, or at the very end of the walkthrough pdf. I haven't heard back from anyone who has found all three yet, but someone must have by now!

Thanks again for your video, I really appreciate it and all your feedback. I had a peruse through your YouTube channel, some interesting looking stuff on there that I'll be checking out!

Thanks so much for the reply! I'll definitely go back and try to discover everything on my second try when I get the time. I'll try the settings out as well. Keep up the great work!

winsetup downloaded with the game gave you windows setup with different resolutions. I found 3 out of 5 endings. Can't seem to figure out the last 2 and found no secrets :(

Hi SuezieQue thanks for playing :-) there's a walkthrough .pdf which should point you towards the secrets, maybe give it another go armed with this ;-) 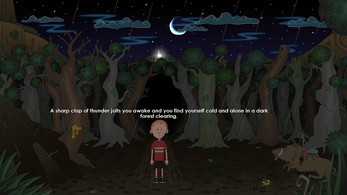 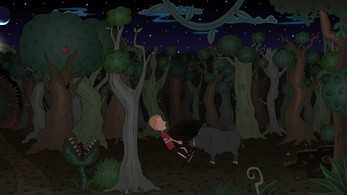 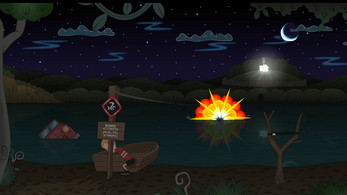 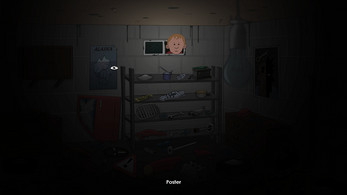